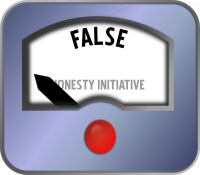 This article is almost too shallow to review. It's pretty slim on details as well as attributing authorship. For good reason. That didn't preclude a benefactor of Australias anti-vaping policy from being a prominent source. (Mail to clarify article origin is likely to go unanswered.)

The foundational claim of soaring hospitalizations is relevant. It's perfectly plausible given the black market model that the Lung Foundation also advocated for. Out of obstructing adult smoking cessation, non-smoking youths now have been subjected to easy access. Ludicruous appeal to fear campaigns are stoking taboo appeal, while communicative medicalization to reduce gadget appeal is denounced. The implied severe harms however remain unsubstantiated, and quite uncertain given the most prevalent outcomes are headaches, nauseau, or vomitting at worst.

The likewise decried "deadly chemicals" remain unquantified (no clinical relevance) throughout the piece. Which is a clear sign for zero risk distortion, and in accord with typical anti-vaxxer rhetoric. The outlet cannot recuse itself from the claim promulgation with a passive "Brooke claims".

It's almost silly to mention, but 9news did. So once more: the nicotine equivalency comparisons mainly obfuscate the anti-depressant cocktail in tobacco. The uninformed nicotine content comparison (a pack of CT contains 200mg, not 20mg) jives well, however. The speculative claim of brain damage remains speculative. Just like the similar effect on non-users, although slightly more observable at times.

And the ALF has engaged habitual risk exaggerations before. Thus not worth contemplating too much. The communicated core claim is plainly false.