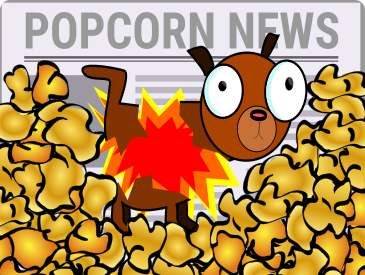 DailyMail still being the epicenter of popcorn news

Article claims that vaping would cause popcorn lung, despite diacetyl being banned in the UK/EU. Rationale for still peddling this FUD was some unvalidated estimate from the Johns Hopkins phrasing bank.
And you know, at some point you have to recognize that a hypothetical worry becomes a fictional one. After zero cases over 15 years, for instance.

What's interesting is the "95%" deadliness after 5 years claim from pulmonologist Dr Panagis Galiatsatos. It's not clear where this came from, raised my suspiscion about being an ALA spokesperson. Edit: Later clarified that he was certainly quoted out of context, and neither pleased about it: https://twitter.com/panagis21/status/1547624678830665729 And in a more detailed discussion on LBC clarified that while there's a chemical feasibility, the likelihood and case numbers aren't there. (Good points on recognizing branding and marketing as main concerns to avert non-smoker uptake. The very thing CTFK only uses for lobbying, but doesn't want addressed.)

Still leaves the question if the article tries to piggyback or linguistically undermine a more established 95% estimate. The "safer" spin (rather than "less harmful than continued smoking") is a common indicator for disinfo sourcing.

Normally wouldn't spend time on this. But this appears to be tagged as "@type":"NewsArticle" no less. Lots of topical conflation, and quite aligned with prevalent propaganda, or sports-style reporting the author is more accustomed to.

It now spread to LADbible. (Bit of a joke or tittytainment news site, and their credence/reach has likely peaked.)