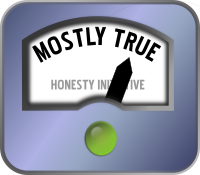 Somewhat more detailed article that reviews a PR study on blood sugar level risks from nicotine, vaping, or smoking. It did look at the actual findings, yet still rehashes most of the questionable claims.

While this article spreads a poor study onto the medical community, it does make quite a few fair attempts at dissecting and grading the findings. Hence would put this into "mostly true" territory.