Mike is the primary funder of US and international anti-harm-reduction FUD. He radicalized from tobacco prevention to nicotine puritanism after his tenure as NY mayor, where he originally pioneered nonsmokers protection. He became easy pray for CTFK, after waning consequence recognition.

The emphasis is on PR campaigns, and slanted study grants (BSoPH, Bath). Albeit GRO interference (Philippines) should not be discounted. His subversion of WHO policies is on an entirely different level however. 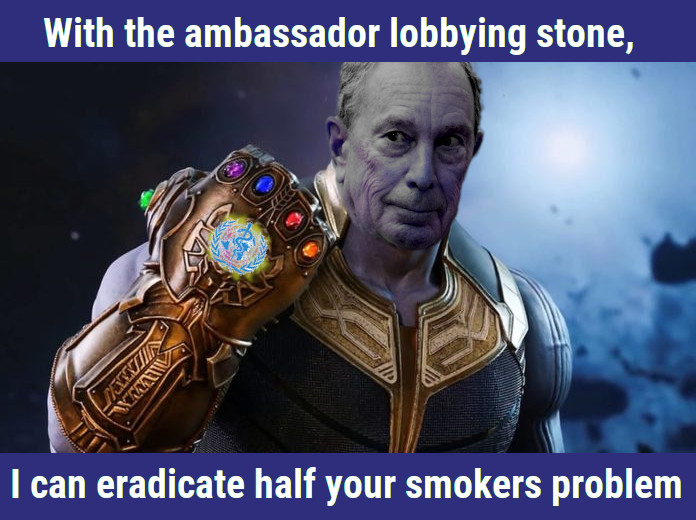 Best summary of his activities is probably:
SNW:Michael_Bloomberg

Has since cemented his aversion to smoking reduction:

Better let them die, whilst our insatiable research thirst is unsatisfied:

"Wait until you do the research. If it's no problem, no harm, no foul."
https://www.cbsnews.com/news/michael-bloomberg-to-spend-160-million-on-anti-vaping-campaign/

It stands to reason that not even Mike himself fully understands all the backchannels necessary for "influencing" around the world. Just the eagle view here: 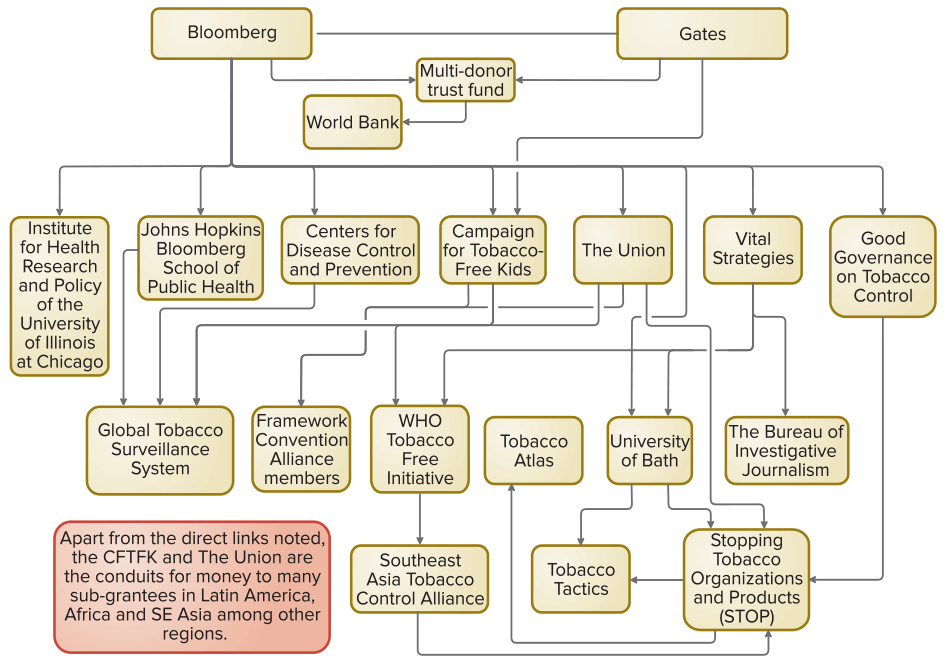 Seemingly the network is sometimes utilized even for media reporting outside of Bloomberg Media’s reach, with obfuscatory clauses like:

The Contractor shall not make any statement or otherwise imply to donors, investors, media or the general public that the Foundation directly funds its activities.

For lack of an understandable rationale, there's always farfetched musings on what is actually moving Bloomberg.