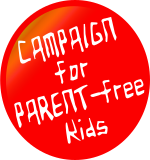 But this is a serious corporate lobbying organization, symptomatic of the US healthcare system. It doesn't come anywhere close to Big Oil or BigT they're projecting to topple. Later funded/born out of T-MSA, CTFK devolved out of COSH a coop from ACS/ALA/AMA/AHA In their pledge to fight tobacco use, they resorted to swaths of half-truths (intentional), thereby abdicating all credibility. Their scoping constraint conveniences misalignment with population health considerations.

Which has prolonged (unintenionally) the demise of overall prevalence, or regulatory activity; but still brought it down to one of the lowliest levels worldwide. Which is why you might charitably say: their strategy worked out apt in US context / on American teenagers. And would make a rational explanation for their science-proofed fretting over e-cigarettes - which, quick reminder: accelerated smoking decline. But from their assumed tunnel view, might well threaten all scare-based accomplishments.

We don't live in a disjoint world however. And their activities had repercussions (=EC) on the smoking prevalence elsewhere (EVALI). And neither the most charitable interpretation allows ignoring their poisoning of public, scientific and regulatory discourse. Particular during a pandemic and trust in public health at an all-time low. (Doesn't occur in a void.)

Someone should have a word with PIR, btw.