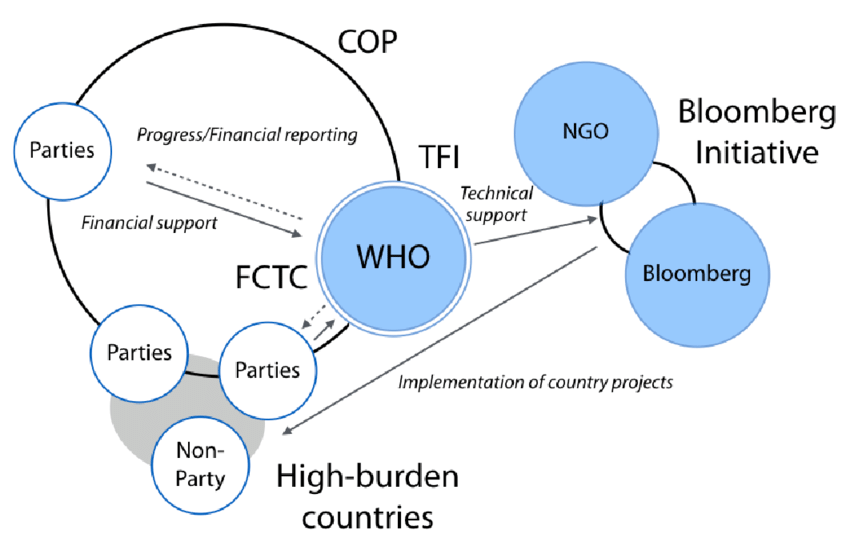 The FCTC was devised as international treaty between governments to coordinate the reduction in tobacco trade and smoking prevalence. It went off the rails. Bloombergs MPOWER program has contributed to sensible measures in LMICs, but now undermines the cognition of novel approaches by focusing on diminishing returns. Ignoring the scientific consensus and evading public discourse is now modus operandi of the COP (the actual body implementing the FCTC).

And you just can't not point out the hypocrisy of tobacco exporting nations having voting rights in an assembly to combat tobacco consumption. The main instigator remains Bloomberg however. With the linguistic fallacy/diversion of denouncing THR as product of the tobacco-industry, or the US war on drugs mindset even.

Quick reminder: HI focuses on e-cigarettes. Can't reasonably judge the TC policies worldwide. ("Leave it to the experts, Francessca"). Most of the FCTC seems driven by one-size-fits-all approaches though. APAC, Middle East and Africa might very much benefit from the framework. Albeit they're all not doing much in practice.

But in my mind the COP/FCTC members jettisoned their credibility with promulgating the EVALI lie as rationale for e-cig prohibition, rather than just practical/use limitations in LMICs. It would also absolutely be valid to rationalize e-cig bans with furthering e.g. tobacco cultivation. But resorting to junk science and redeclaration as tobacco products is just in line with allegation-based deflection. Thus can't even be bothered to classify any linked articles on origin or rightwingy-ness.

In esssence, the FCTC is now a ceremonial circlejerk of TC entralled by its own lackluster progress. The charade of interference prevention seems solely based on averting transparency (and thus baked-in interference). It's not quite clear if that's because the FCTC wasn't isolated enough from the WHO.

See https://copwatch.info for some analysis.

Some Bloomberg fronts (FCAforTC, stoptobacco, TakeAPart) were quite excessive in shrieking about purported tobacco interference. To the point that it became clear that it was just selective framing. It didn't come across as genuine prevention, or even pointing out historic interference, or denouncing critics of the (necessarily) intransparent process.
It's ample clear now that the focus on "tobacco" labels was to delude about financial ties of pharma and tobacco control interests.