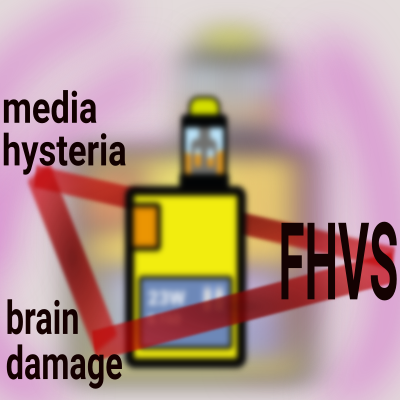 "Fourth-hand vaping syndrome" is a persiflage on "third-hand smoke" (from a study exaggarated beyond any effects of secondary smoke inhalation).

Gonna use that phrase when referring to second-hand knowledge of observational misdiagnoses from anti-vaping propaganda. In particular if it's too obvious that the origin was sensationalist media reporting.

Clear cases of FHVS would be:

Explaining the joke (trust me, it's a German thing)