Oh my. Started as a serious counter to the disinformation from corporate/big tobacco; and did originally lean on scientific analyses. Before being coopted by CTFK and devolving into a pure PR/FUD organization from 2016 (post-truth era). Albeit there were signs about 2012/13 already. Some of their campaigns are downright unskilled and cheugy though. There's some forays into other drug use prevention, seemingly as cover, not very substantial.

The name is a bit of an orwellian trope, or borne out of a sedo opportunity. It's unlikely the fallacious/pretentious "Truth" is very convincing outside of political charades. If it wasn't for the more outlandish (and sometimes tasteless) media campaigns, they would get away with their suggestive policy phrasing. Because they very much do show restraint with blatant misinformation; acting as front for CTFK to retain some credibility.

(Linked sample/* files aren't expanded in the repository yet. Refer to json dump for now.)

Truth® runs a lot of cringeworthy ads on social media. They're not only unsuitable for deterring use, but often undermine credible messaging: 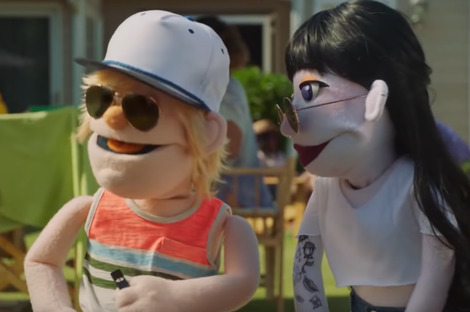 They likely stoked teen curiousity just as much as actual vape companies. It's commonly suspected that this type of scare ads is meant to rile up parents more than it's proclaiming to educate teens.

If we were to ignore the financial incentives, then the most plausible explanation would be appeal of the aggressor (≊ 3rd-hand stockholm). More specifically TI uses framing approaches comparable to Corp/BigT back in the day.

Never speaking to the tobacco-industry is still a reasonable reaction. But TI/CTFK/BI have progressed it into emulation.