The WHO has always been hostile to e-cigarettes. They're also a prime example of organizational decay. An impossible agenda and scope creep, lackluster government funding and WHA oversight; necessitated private funding. One of the main "philantropist" donors, whilst also funding lots of useful initiatives, exerts undue influence on policy making. 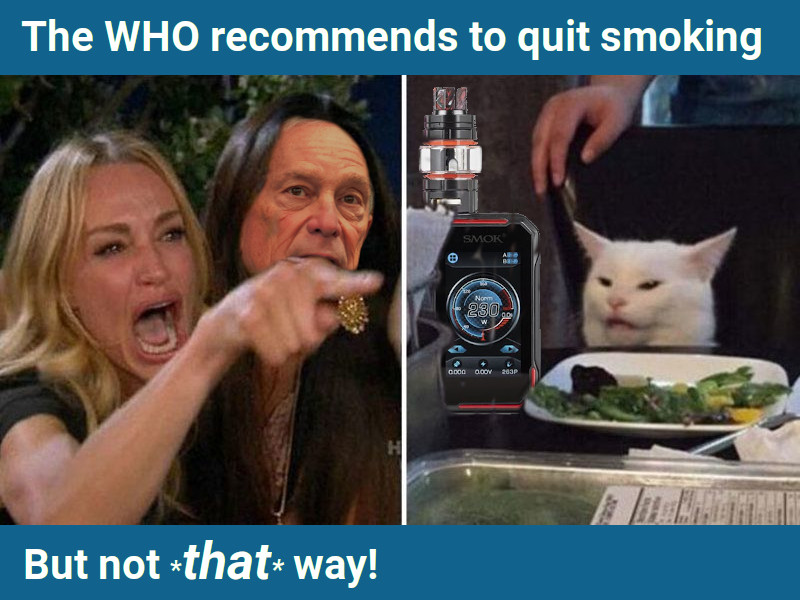 Their TFI bureau seemingly had a bit of a rollercoaster in their opposition arguments. They certainly don't represent the scientific consensus, but proxy lobbyism (TC masquerade). For intransparency legitimization, they rely on [tobacco-industry] deflectoids only.

One could easily ignore a little bit of poor advise. If it wasn't for the other thing going on right now. But the vaping disinformation is so egregious and blatant, that you can't ignore how it influences public perception. In particular with the anti-vax BS - also born out of the US. (And you know, striking simalarities in argumentatiton patterns.)

I'm pretty sure this only affects our vaper bubble, unlikely to creep much into public perception. But it certainly can't benefit overall trust in health orgs.