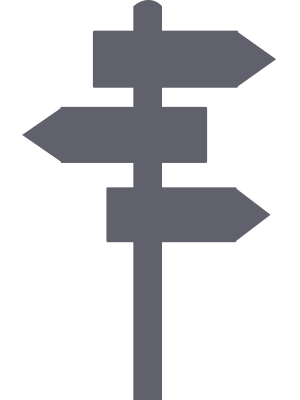 One common denominator for Anti-THR opposition is ascribing e-cigarettes to the tobacco industry. It's a fallacy resting on name association and insinuations. Less observable in public health / real tobacco control.

There might be a few more motives and causes:

The most common assumption / refrain is that vaping was a ploy from corporate/big tobacco "to addict a new generation".

Partly also stems from the assumption that nicotine- was the same as tobacco-addiction. Which also serves as pretext to demonize e-cigarettes as equally addictive. (Else the whole vaping-epidemic narrative would fall apart.)

This seems also base for the definitional acrobatic behind denouncing e-cigarettes as tobacco product. (Some TC orgs seem genuinely oblivious that nicotine isn't the sole addictive substance in tobacco.)

If there's a linguistic differentiation between vape and tobacco companies, it's occasionally for purposes of attributing big tobaccos past behaviour on e-cigarette vendors. (Albeit that's not entirely unwarranted; there are plenty of cashgrab/attention whores in the US vaping industry. Lackluster regulation / balooney obsession of allowing drug ads under the guise of "free speech". And then making a fuss about resulting situations. Very american.)

Policy makers might often be motivated to reinforce/validate the handling of SNPs under the tobacco umbrella. Which often just originates from legislative shortcuts.

This is extremely prevalent in US opinion papers/meta summaries: "ENDS should be handled like all other tobacco products" or similar such phrasing. Ad nauseam.

The push for flavour bans might even be as daft as attempting to dub the remaining products as belongings of corporate/big tobacco.

Modern e-cigarettes were invented in China, by a pharmacist no less. To help him and his father to quit smoking. And this origin story puts some of the anti-thr propaganda in question. Which is why there's a strong incentive to misattribute based on CorpT/BigT involvement.

conundrum: nicotine instead of tobacco addiction

The conflation is stymied a bit when you notice it's logically at odds with redefining tobacco addiction solely as nicotine-addiction.

Another common theme is one-sided slandering of studies. There's nothing wrong with pointing out the funding source. It's almost incumbent given the tobacco industries past relationship with the truth. However, it's nowadays done with linguistic churn that bears no relation to any authors` self-disclosure. There's some salaciousness as if previous funding was obfuscated (a common slander towards R.Polosa e.g.) in any way. The conflation in "tobacco and/or e-cigarette company funding" is a recurring theme there. (Limited relevance for reproducible findings anyhow.)

That being said, this appears to be technological opportunism. The scientific community and medical journals have divested no efforts into standardizing responsible disclosure in parseable formats/meta data. Hence the shock value in proclaiming newsworthiness in ad hominem attacks. This would be entirely preventable with journal previews being widespread or containing some form of tagging system at least. (Also note the opposite concern: limited disclosure of funding fences from pharmaceutical associations, which have even more probable disincentives against cheaper smoking cessation, or cancer reduction tools.)

(I kinda like this explanation, due to its programming origin.)

But there's a closely related rationale here. In that existing anti-tobacco efforts divested large sums of money (Bloomberg/MPOWER) with mixed results. And throwing more more money at diminishing returns is now even less enticing than maligning the better option. It's sort of altruism glamour protectionism, more than unintentional tobacco ~.

Big tobacco cannot be allowed to be part to the solution

One of the most unimaginable aspects of e-cigarettes is that big tobacco might end up helping to kill off smoking itself. But with the crux: whilst profitting off of it.

Though the counterpoint is equally valid: corporate/big tobacco is playing along in western countries, but keeps on pushing cancer sticks on developing nations, entirely unhinged. (But thank godberg, the WHO is laser-focused on fighting the lesser evil!)

Pharmaceuticals will jump in.

There seems to be an occasional notion that pharmaceuticals would jump in, once vaping has been exorcized from smaller companies. (Ignoring that corporate tobacco would survive any prohibitionist regulation).

Aside on "corporate/big" tobaco: "Big tobacco" is a legitimate and established shorthand. Shouldn't lose track that PMI/BAT/etc. are comparatively small compared to tobacco exporting nations (china, india, us / etc). Though not overly relevant in this article, I think. Except that most anti-thr activists just imagine the corporate tobacco industry.