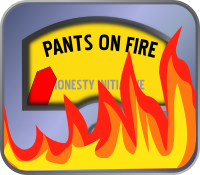 Study PR claims to have found statistical link between e-cigarettes and heightened blood sugar ("prediabetes"). What it mostly compared was smokers to smokers who (recently?) transitioned to NVPs. Who actually turned out to haved a lower likelihood than smokers. As the study notes, nicotine itself effects the observation. The vaping causality insinuation doesn't hold up (post-smoking levels).

Not checked if the stat analyses actually hold up. (Normally you would wait for a pubpeer or SMC review, rather than relying on the journals. Though this isn't from UCSD, and number fudging unlikely given the results.)

In typical BSoPH-fashion, the accompanying press release portrays the statistical non-finding as causal link. Whereas the paper itself said "BRFSS is a cross-sectional survey, so a causal relationship between E-cigarette use and prediabetes cannot be inferred."

No reputable scientist questions the starkly diminished risk of e-cigs in comparison to combustible tobacco. But this is a Bloomberg-funded study of course:

And then of course culminating in contradicting the results per muddled attribution:

In this representative sample of US adults, e-cigarette use was associated with greater odds of prediabetes compared to those who did not use e-cigarettes or traditional cigarettes.

(E-cig users had half the likelihood difference.)

Preconditions were apparently accounted for in the survey selection. The numbers do not substantiate the worry about NVPs posing a significantly higher risk. Extrapolating the average differentials into "25% more likely than non-smokers" is also a bit misrepresentative.

It's evident the study task wasn't presenting the discrepancy in chances, but piling onto the e-cigarette fearmongering.

Prediabetes is not a condition per se, but perhaps useful as nutritional diagnosis. It's a marketable term, with some disputes as to its ambiguous semantics and threshold levels. (Sometimes lowered on assumed behest of pharmaceutical interests. Or at least speculative predictive treatment.)

Methodological and lingustic misrepresentations aside, this might still be an interesting article. Calling attention to potential issues is always welcome. The problem here is undermining confidence in the scientific process. This habitual slander won't get affected patients more receptable to real findings, once they emerge. Insofar the floated PR deters smokers from quitting attempts, it clearly fails the hippocratic oath.

The embellishments in the press release and unquantified conflicts of interest (Johns Hopkins is funded by an anti-harm reduction ideologue) are quite unsurprising. Hence "pants on fire".

Study was spread in some news articles with varying degrees of review or adulation: