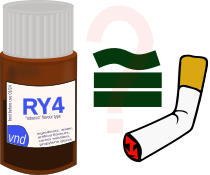 Policy makers likely assume "tobacco" flavoured e-cigarettes to taste exactly like combustible cigarettes. They don't. Or that this ought to be the natural taste companion of nicotine. It isn't. And even that this would make them "appaling" to non-smokers. Not historically, no. - Which are all probable progenitors for the flavour-fallacy.

What's commonly called tobacco flavours, are for the most part quite synthetic compounds. It's just not possible to replicate any burnt/ash aromas with just plant extracts. And even the overcentrated flavour mixes don't provide exact replicas. (Even less plausible for 3.5µl puffs in pod devices). They're mostly just carried by name association and impaired taste buds. Which is why they're prevalent for dual use, not for successful quitters.